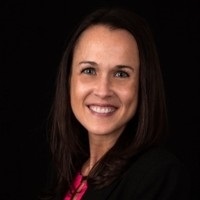 Erin Sabin is a registered representative, holding her Series 7 and 66. She holds a bachelor’s degree in Finance and Accounting from the University of Miami. Prior to joining Miller Wealth Advisors, she developed foundational knowledge at a firm in North Carolina.

After graduating from University of Miami in 2005, Erin began a career in retail planning. She was instrumental in developing financial strategies for big box retailers such as HomeGoods, Macy’s and the southern department store, Belk. In 2016, after 10 years in corporate retail and watching her own family go through a shift in money management, Erin changed careers to follow her passion. Whether through divorce or death of a spouse, she realized that at some point in a woman’s life, they would be responsible for overseeing the household finances and was compelled to help ease this transition for those affected.

Erin grew up in Las Vegas, moved to Florida to finish college and spent several years in the Boston and Raleigh, NC areas. Missing the warmth of the sun, she returned to Florida in 2019. She loves to travel and is an outdoor enthusiast that can be found kayaking, biking, snorkeling and scuba diving. Erin is also active with a local nonprofit called Second Chance Initiative; whose mission is to create jobs for women that allow them to flourish.